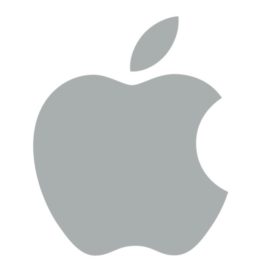 CORPORATE ADVOCATE OF THE YEAR 2017

Aside from being one of the most innovative companies in the world, Apple has also been at the forefront of making technology products and services accessible to everyone including people with I/DD.

By designing products for each and every person, Apple marked the beginning of an accessibility breakthrough that has empowered the lives of people of all abilities.

Currently, Apple offers a number of innovative features and applications that are specifically designed for individuals with intellectual and developmental disabilities such as Guided Access, a feature than many parents of children with I/DD and teachers use to limit an iOS device to a single app to allow greater concentration on given tasks. Apple created the largest augmented reality platform in the world with the introduction of iOS 11 in 2017, providing a powerful new way to help people learn, interpret, and experience the world around them.

In addition to their products, Apple has led the way on awareness, publishing multiple short films over the last few years showing how accessible technologies and universal design principles can change the lives of individuals with disabilities. And, in May of 2017, Apple released a series of seven short films which beautifully depict the impact accessible tech has on people’s lives when you design for everyone. A few debuted as TV spots during prime time programming including one featuring Meera, who uses iPad and an AAC/speech app to communicate with family and friends, doing the everyday things she loves.

Today, Apple is at the forefront of an evolving tech industry that promotes the inclusion of individuals with disabilities in the market, and beyond. Apple’s Director of Accessibility, Sarah Herrlinger, will be accepting this award on behalf of Apple.